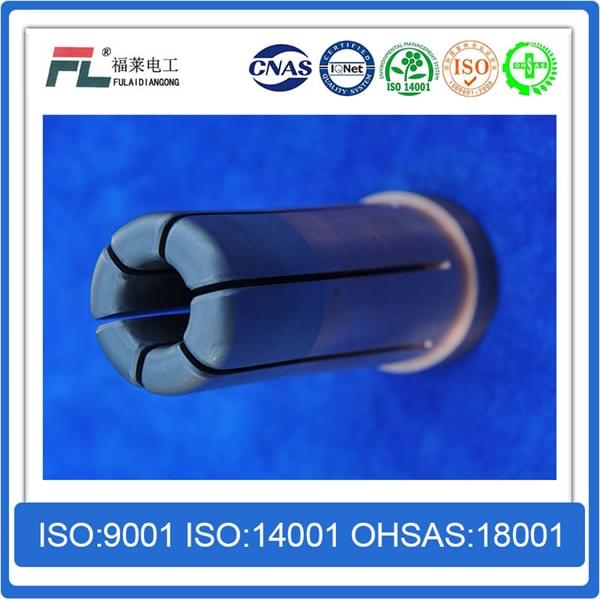 Compressed air circuit breaker must be equipped with a compressed air device, relying on compressed gas interrupter larger area and greater wear contacts, and therefore a very small range of applications. The vacuum circuit breaker is a vacuum (pressure of l0 ~ l0-6 Pa) to the interrupter of a circuit breaker, the contact is mounted in the vacuum interrupter chamber. Since there is almost no free gas in the vacuum, therefore, when such contacts of the circuit breaker in the disconnected only emitted because of the high electric field, and the thermoelectric emission produces little vacuum arc so that it can in the first current zero crossing off, so that both ensures that the interrupter can be within a very short time, but not so in the system to produce a high pressure changes due to the Shaanxi speed current. Vacuum circuit breaker has small size, light weight, fast action, long service life, high security and reliability, and eases of maintenance overhaul many advantages, but the price is more expensive than oil circuit breaker. SF6 Circuit Breaker is the use of a circuit breaker of the SF6 gas as the insulating and arc extinguishing medium, s is a colorless, odorless, non-toxic and flammable gases, its chemical properties are fairly stable below 150 ℃, although at a high temperature will break down to produce toxic gas interrupter state, and will produce a small amount of the active substance, but through the use of the adsorbent and the contact has a self-cleaning function, equipment and personal will not cause harm.

SF6 breaker roughly experienced three stages: the double pressure of a single-pressure thermal expansion, thermal expansion is the development direction of the current and future period. SF6 does not contain the oxygen element, and therefore does not oxidize at high temperatures also contacts, it is not the element carbon, so maintenance more convenient, and can be done almost maintenance-free. The SF6 insulating properties and dielectric strength of the insulating oil is roughly 3 atm. particularly advantageous that the SF6 gas having a rapid recovery of the dielectric strength characteristics, which makes it possible within a very short period of time to extinguish the arc. SF6 circuit breakers and oil circuit breaker interrupter speed, breaking capacity, good electrical insulation properties, long servicing intervals. S circuit breaker is now a major component of GIS (enclosed Switchgear), in a certain period of time, the application prospect is considerable. 2 the development of domestic and foreign high-voltage electrical switches.